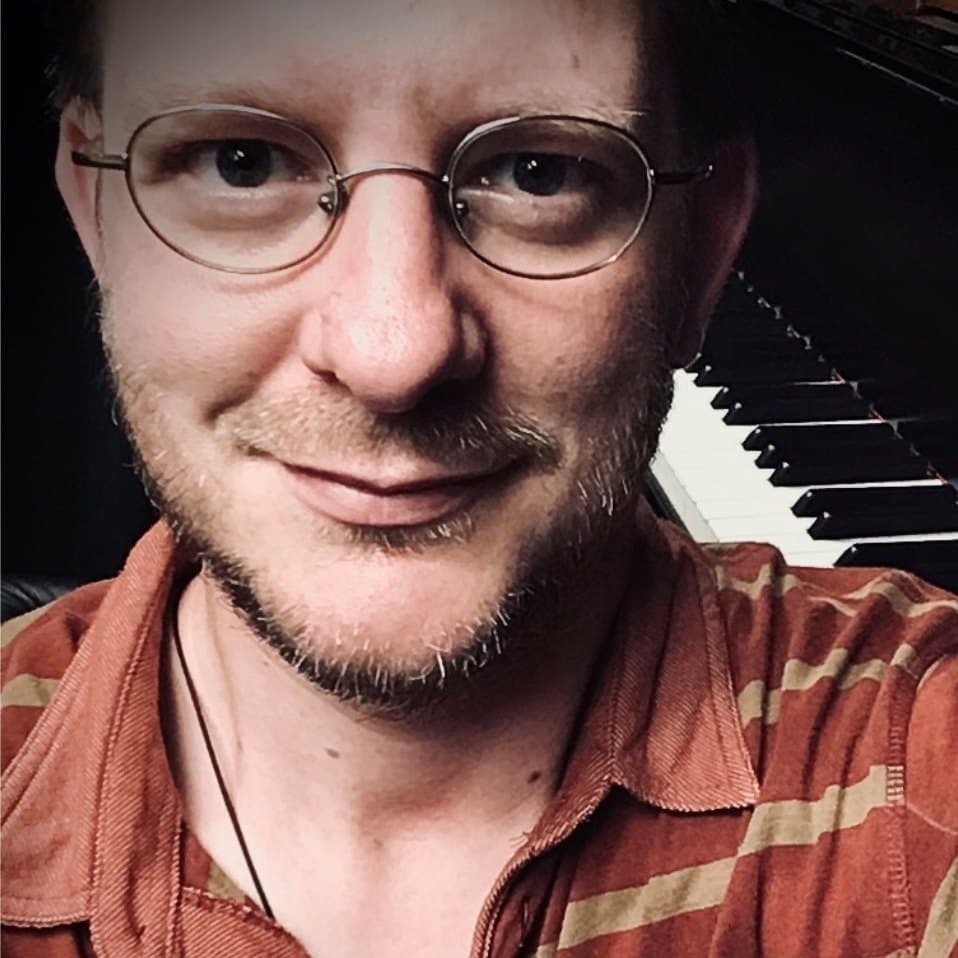 I grew up in Mauricie, Quebec. From a young age, I attended private piano lessons along with music classes at the local public school. My first public performance took place in 1994, at the age of 14, where I played some ragtime. I received $50 for three short performances! This experience – albeit not the pay – greatly motivated me in choosing to pursue music professionally. Thereafter, I enrolled in jazz music at the Cégep de Saint-Laurent, but quickly abandoned my studies, as they did not meet my expectations. I am essentially a self-taught musician. I’ve been around the block many a time, as a pianist in nightclubs and restaurants, but also on cruise ships abroad.

As of 1999, my actual professional life began. I will forever be indebted to those who first invited me to join their bands: the late drummers Guy Nadon (Montreal International Jazz Festival) and Bernard Primeau (on tour in Hungary), as well as the double-bassist Normand Guilbeault (Myra Cree’s shows on Radio-Canada). Later on, it was alongside the saxophonist Philippe Lauzier (Jardin d’exil), the singer Sonia Johnson (Don’t explain), and the double-bassist Alain Bédard (on many Canadian and European tours) that I had the chance to produce my first recordings.

Since 2010, my collaborations with Michel Lambert (Journal des épisodes I et II) and Jean Derome (Hommage à Steve Lacy) are worthy of mention. I also acquired some experience in arrangement and artistic direction with the world music ensemble OktoÉcho.

Over the years, I have garnered marvellous memories of collaborations with many musicians; they are so numerous that I cannot name them all here. Together, we shared the stage, backstage, prestigious halls, shabby bars, hotel rooms, sofa beds, train rides, old cars, grand dining room tables, truck stops, sound engineers, impossible schedules… but always with music at heart. And let it continue!